What is Considered a Feral Cat?

What is Considered a Feral Cat? 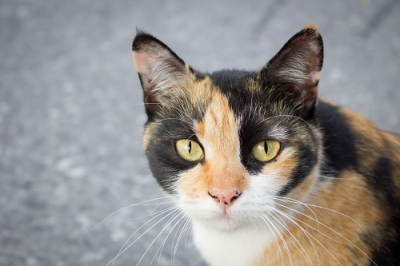 No one likes to see a stray or feral cat that is malnourished, sick, scared, and homeless. According to surveys, studies, and the number of cats brought into shelters annually, it is estimated that up to 58 million cats live on the streets in the United States as of 2018. Many of these animals have become lost from their owners, or simply neglected and abandoned. Domesticated indoor cats can live up to fifteen years. Feral cats, on the other hand, do not have access to wellness care, vaccinations, dental health, and parasite prevention. The life of a feral cat can be very difficult, with an average lifespan being just two years. Make the right decisions to ensure that your cat doesn’t become a statistic.  Charles D. Whitworth, DVM and his team can discuss your pet care options to ensure that your cat is healthy and happy for life.

To understand the differences between a domesticated, stray, and feral cat, you have to understand behavioral patterns, and ways to break the cycle.

Perhaps surprisingly, feral cats do form their own colonies. Formed around or adjacent to readily available food, colonies can include over a dozen cats who help each other hunt, scavenge, and raise kittens. Feral cats do not place themselves at risk of being touched by humans, or worse, trapped by them. However, over a period of time in which a human caretaker provides food, shelter, and even medicine, feral cats may give in to human attention/affection.

Don’t ever try to forcefully grab a feral cat or chase them. Sudden movements and loud noises are especially frightening and repel feral cats from being tended to. Feral cats usually crouch low to the ground, protect their bodies with their tails, and do not make eye contact. Typically, they won’t meow or make sounds like other cats.

How Can You Help?

The Importance of Spaying and Neutering

The benefits of spaying or neutering are obvious for house cats. While the same virtues exist for feral cats, the procedure greatly reduces overpopulation, breeding fights, and even the spread of disease. Plus, when feral cats are trapped and sterilized, they can also receive the rabies vaccine and an ear clip that signals the care they’ve received.

Dr. Whitworth and his veterinary staff recommend annual checkups for most pets. Ask us about wellness and procedures that you can do yourself to ensure your pet’s health. Make an appointment at Whitworth Animal Clinic in Madison, Alabama, to have your pet’s health checked.

Fill out my online form.