Should You Always Spay/Neuter Your Dog

Should You Always Spay/Neuter Your Dog

Why Spaying or Neutering Your Dog is the Norm

For years now it has been common practice for dog owners to spay/neuter their dogs as puppies before they even reached sexual maturity.  Some who didn’t abide were sometimes referred to as irresponsible dog owners. Many pet day care or dog boarding facilities won’t allow dogs that are not spayed or neutered.

So how and why did spaying or neutering dogs at six months come to be the norm? “Population control” is the most common answer.

Consider Options Before Spaying or Neutering Your Dog

Dr. Benjamin Hart of the University of California, Davis, has been researching the effects of spay-neuter for a decade, with support from the American Kennel Club Canine Health Foundation. 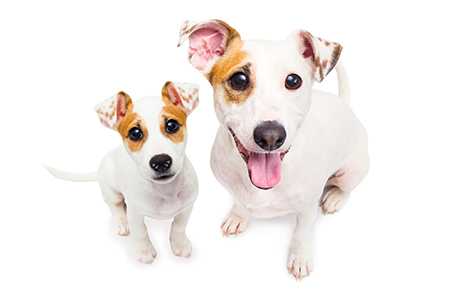 Now, Dr. Hart and his team have completed a further round of retrospective research, investigating tens of thousands of dogs from 35 breeds, and focusing on early spay-neuter, carried out before the dog reaches sexual maturity. They found that the procedure’s health consequences vary widely between breeds. “It’s hard to predict which ones will and which ones do not have an increase in cancers or joint disorders with early spay-neuter,” Dr. Hart told me. For instance, the researchers found that in almost all dogs weighing less than 45 pounds, there was no increased incidence of the studied joint problems and cancers compared to intact dogs. All, that is, except for the Shih Tzu. Early neutering of male Shih Tzus, the team discovered, was associated with higher rates of some of the cancers studied.

Dr. Hart also found in his research that neutering does not prevent prostate cancer. In fact, prostate cancer in males is more common in neutered than intact dogs.

Spay/Neuter Your Dog, What Should You Do?

Should you spay or neuter, and if so, when? As in people, there’s not a blanket answer for all, and depends on a lot of different factors. It depends on what breed the dog is; what the major health concerns are for that breed, or whatever breeds make up that mixed-breed dog; what the owner intends to do with the dog.

Dr. Whitworth can listen and advise on all of your concerns and questions and help you reach a decision that is best for you and your dog.